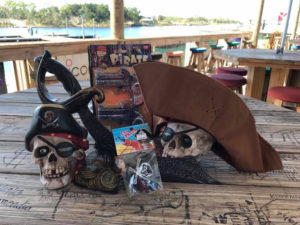 One of the best months of the year traditionally, this October did not disappoint. Water temperatures cooled throughout the month, ending with a chill near the end of the month. While there were plenty of fish around, they tended to be scattered and there were days when filling trout limits was difficult. Redfish were schooling nearshore, and there were some excellent fish taken, including many overslot fish. There were some windy days but the bite remained strong. Late in the month the silver trout showed up, making for some hot action on light tackle. Large numbers of Spanish mackerel and some hard-hitting bluefish added to the action.

Here are some pictures from this month.

Fishing this month will be weather dependent, but will almost certainly be excellent. The water is clear and we’ll see how the temps respond to a cold snap, but the flats will still be producing a lot of fish. Slow down your presentation with chillier temperatures. Jigs and Gulp baits will do well. Look for schools of large redfish this month. And one of our more seasonal species, silver trout (called sand trout by some) have arrived in force. Personally I think they fight harder than spotted seatrout and they are better eating. And there are no limits on catches. They are usually caught in deeper water from 4 to 8 feet, and frequently over sand with less grass than on the flats. They are caught with spotted trout, usually smaller fish. Target them with the same techniques as spotted trout…jigs with soft tails or Gulp baits do well. Hot spots included areas west and northwest of the Birdrack and inside of Little Bank in 5 to 7 feet of water. Look for humps on your depth finder, and re-drift over areas of fish when you find them. We’ll be waiting for real cold weather to see if it drives trout into the river but that will be more likely in the next few months. 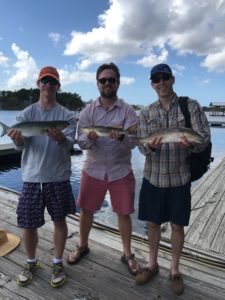 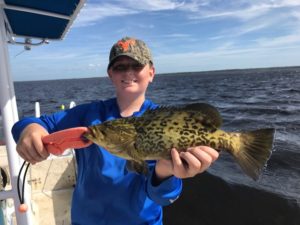 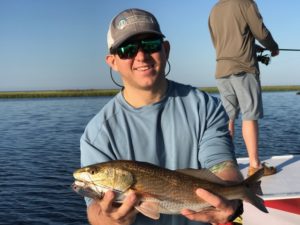 The weather is starting to cool down and drive the fish in to their cooler weather patterns. This time of year is a very family friendly time of year with a cool climate and active fish. I have days available all throughout the near future and would love the opportunity to show you what the flats of Steinhatchee have to offer in the fall.

October as always was a very good month for trout and reds   They could both be found shallow and in the deeper flats, and could be caught on live bait and artificials, either topwater or straight lined on the bottom. Only slow days were a day or 2 after this year’s first cold fronts came through .  November looks to be a very good month also.  Need a charter, call Captain Rassel 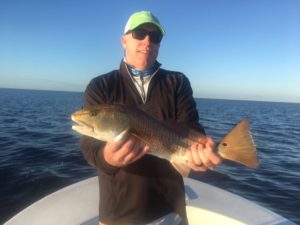 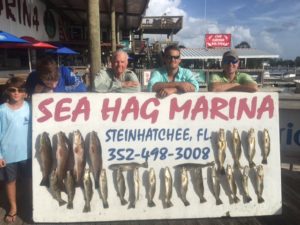 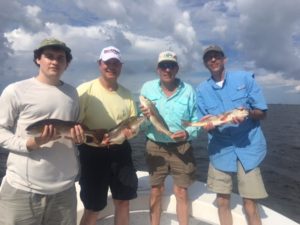 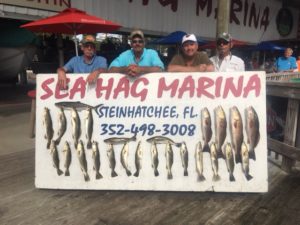 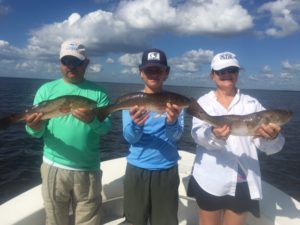