March has been as good as expected in terms of inshore fishing. There have been some great trout catches, and lots of oversized and slot sized redfish. And the seasonal sheepshead bite has been very productive, although the fish have been a little bit smaller than past years. And even the weather was reasonable, at least until the last week of the month when we had a few fronts rolling through…but even the rain didn’t stop the bite. Offshore red grouper and amberjack were plentiful when the weather allowed. And nearshore, Spanish mackerel made a slightly earlier-than-usual appearance around sand bars.

We’re looking forward to an excellent month of fishing in Steinhatchee. Warming waters on the flats will provide lots of trout and redfish action, and the spring migration of baitfish, followed by Spanish mackerel, kingfish, and cobia, will liven things up even more. While the sheepshead bite will taper off, if you can get out early in the month you may still find some spawning fish around offshore and nearshore rockpiles. Gag grouper season is open in the state waters (not federal) in five Big Bend counties (Taylor, Franklin, Wakulla, Jefferson and Monroe) until the end of June. For more specifics, go to this link: http://myfwc.com/fishing/saltwater/recreational/groupers/gulf-grouper/

As the flats come to life this month, many anglers will use artificial lures to find trout and redfish. While I love fishing topwater plugs, there are many situations when fish will favor a slower, deeper presentation. Because some of our best fishing is in shallow water, one challenge is to be able to select the most appropriate suspending lure in 3 feet of water or less.  My go-to lures include those made by Live Target, Mirrolure and Rapala. For specific lures and how to fish them, I’ve posted a blog that will provide some more details:

There is a wide selection of the very finest lures, including those I’ve written about, at the Sea Hag Ship’s Store.  For those of you that would rather soak live bait, the marina can provide live shrimp and pinfish, along with frozen bait and chum for offshore and nearshore fishing. This will be one of the very best fishing months of the year, so make your reservations and let’s get on the water!

Now for some reports and pictures from our guides: 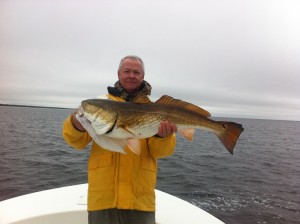 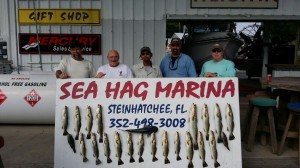 Flats fishing got off to a great start in March. There were plenty of trout and the big surprise was the large numbers of Spanish around the sand bars. Redfish can be found around the rocky areas and still a few in the 20 lb. range in the shallows.  April should be a great month also to be fishing on the flats. The strong March winds will begin to taper off and the southeast wind will warm the flats rather quickly.  Look for large numbers of trout to start showing in the deeper areas and moving into the shallows as the water warms. Still have a few days open for April and May if you are wanting to stretch a line. 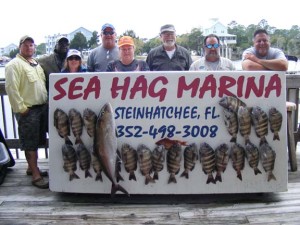 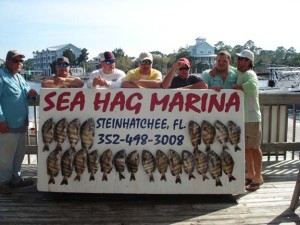 Getting from Under a Cold

We’ve all had the bad experience of being under the influence of a long drawn-out cold or flu.  The ears are clogged so bad you’re listening to the world with a bucket over your head.  The eyes itch and water as if your standing down wind of a smoky winter fire. You’re nose is so stuffed you feel like you’re gasping for air through a thick hot wet towel. But, the reality is, you have to endure and ride it out.  At night you lay shaky in a sweat outline of your own body thinking, “Will this ever end?”

And then, one morning, you wake-up expecting the sickness, but, miraculously you breath effortlessly.  You’re free breathing, and excited and thankful to be doing so.

To me, April feels like that first breathe of good air after a long cold.  Everything is opened up!  It is unlikely another wave of cold weather is going to overtake.  The cold period is being closed down for good.  One of the best months to catch ‘gator’ trout is April.  Why?   Grass starts to re-carpet the flats and that coverage brings in an endless buffet of baitfish.  There is no coincidence between food on the flats and April being the peak spawning period for trout.  She requires good food to make millions of the highest quality eggs.  Think, if you’re lucky enough to catch a gator trout, even the biggest trout of your life, she is genetically superior.  She is producing trophy trout just like herself. She is a thorough breed possessing genes of the highest future value.  I’d rather photograph and release her to give my grandkids the opportunity to catch her offspring.  The smaller trout taste the same.  Think for yourself or the government will think for you, in terms of stricter regulations.

April is busting loose time.  Pick a fish and come and catch it in Steinhatchee. 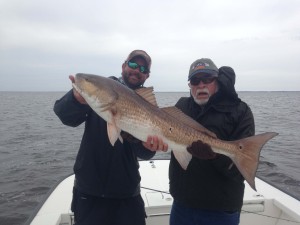 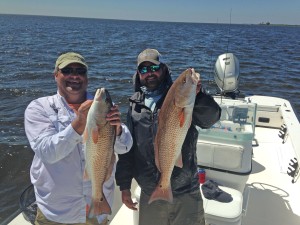 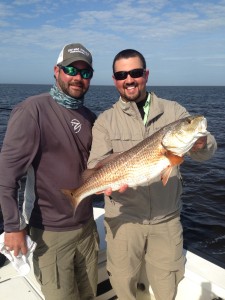 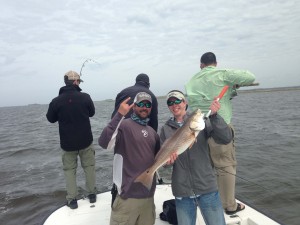 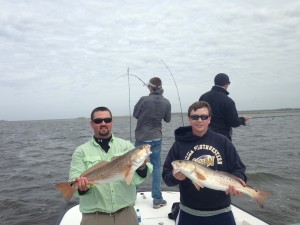