The remarkably mild winter continued through February. While that minimized the annual river trout run, it was good news in just about every other way. The larger trout remained active and moved onto the flats, and with reasonable temperatures, the redfish bite was spectacular for a February. Ordinarily with low water temps the redfish bite will shut down and the smaller fish will hide in holes up in creeks. There have been tournament-sized redfish available throughout the month. The Fiddler Crab Festival Tournament, which usually has few entries, blew the doors off this month with some great catches. The sheepshead bite continued, and in fact the larger females are just beginning to show up on offshore rocks. Here are some pictures of this month’s catches.

March is usually a transition month as fish move onto the flats and redfish begin to wake up from the cold, but this weather has everyone confused. The trout are already on the flats in 3 to 5 feet of water. Areas around Rocky Creek and the flats west of Pepperfish have yielded some fine trout catches, as have the cuts and flats outside of Dallus Creek. Fish slow-sinking lures such as the Live Target sardine or the Mirrodine XL series, or the Paul Brown Lure Devil. Popping corks with Gulp shrimp will begin to produce some nice fish. When the water is cold, fish these rigs very slowly.

The redfish have been exactly where they should be….around inshore rocks and creek oyster beds. Areas behind Big Grass Island, Hardy Point, Tater Island and Drum Point have been holding some nice upper- and over-slot redfish. The same suspending lures for trout will work well for redfish, along with slow-working gold spoons. Live shrimp fished around oyster bars in and outside of creeks is usually very productive.

It’s very likely that the sheepshead spawn will continue to provide some excellent fish. Offshore, gag grouper season is still closed, but near the end of the month we should be seeing the southward migration of the pelagics, cobia, kingfish and Spanish mackerel. Look for migrating schools of whitebait and diving birds, and troll jigs or spoons for Spanish. When the schools of baitfish show up, a block of chum on a nearshore bar will keep your rods bent with bluefish, Spanish, blue runners and the occasional trout, cobia and flounder. Florida snapper and black sea bass are readily available on offshore structure and provide some great eating.

Put these tournaments on your calendar for this month. The Florida Pro Redfish Series Steinhatchee event is March 11, the Steinhatchee Community Tournament is March 25th, and the Sea Hag March Trout Madness runs through the month. Make sure to get a picture taken with a trout at Sea Hag for an automatic entry. Give Sea Hag a call for up-to-date fishing info and stop by for the biggest selection of tackle in town. March is a great time to get on the water. Hope for reasonable winds and get out there and take advantage of the fine Big Bend fishing this month. 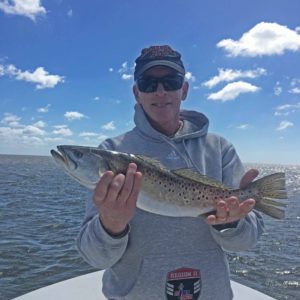 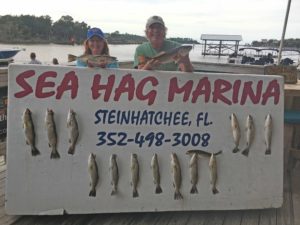 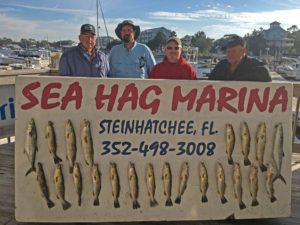 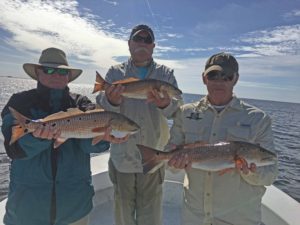 Spring has sprung. Not much of a winter this year. The trout have already moved onto the flats and the redfish are on and around the shallow rock piles and oyster bars. Catching plenty of trout in the deeper flats while the bigger gators are crushing the shallows. Looking forward to a great month in March. 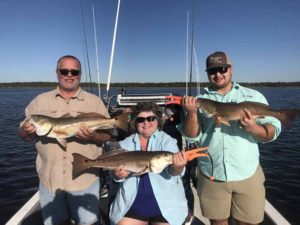 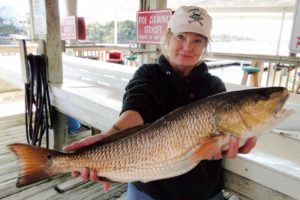 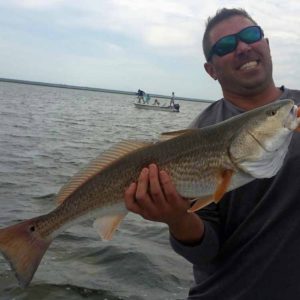 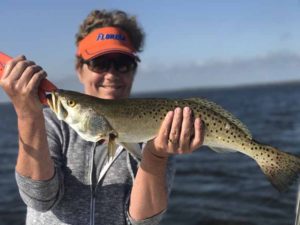 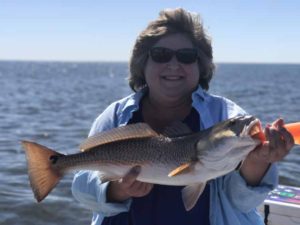