It’s been an amazing summer, but it’s not quite over yet. While the recreational red snapper season ends this Labor Day weekend, scallop season continues on until September 10th. This means if you haven’t been out there, you need to get on it. Limits are still being taken in a few hours. This month, the offshore fishing was excellent. Easy limits of red snapper on the open weekends came in every day, and there were some giant fish taken as you can see from the pictures. Both red and gag grouper were taken. Kingfish moved on to the south along with Spanish mackerel. Keeper trout were hanging out in deeper water down as far as ten feet, or around offshore bars several miles offshore where they were accompanied by silver (sand) trout. There were some nice trout taken close to shore by fishing early in morning. Redfish were present in good numbers between Bird Island and Bull Cove to the south and between Dallus Creek and Big Grass Island to the north. Because of the heat, which lowers the oxygen content in shallow water, the fish were being caught a little further out than usual, as much as 3-400 yards offshore on the right tides. Here are some pictures from this month’s catches.

This will be a month of change as scallop season ends on the 10th and water temperatures begin to lower. So far we’ve had enough rain to cause some darkening, but many areas within a mile or so from the river are very clear. That’s a great sign for September. In the last few weeks, lots of mullet of every size and smaller whitebait have appeared close to shore and around offshore bars a few schools of larger whitebait (pogies). This should continue and as temperatures drop, redfish and trout will move back into shallower water. Hopefully the floating grass will dissipate. Early in the month fish jigs with Gulp or live shrimp, or slow moving suspending plugs in 4 to 8 feet of water over mixed sand and grass for trout. As the waters cool, you should be able to move closer into 2 to 5 feet, and the topwater bite will improve. Redfish schools may begin to break up, except for the overslot fish, which will generally school before they move out to deep water. Suspending lures or jigs will work well, but plan on covering a lot of water; if you don’t find fish in a spot, move along to another area with structure. The limestone rockpiles scattered around our area and oyster bars in and near creeks are the first places to try. Offshore, while red snapper season ends Labor Day, red and gag grouper are in season. Unfortunately amberjack remain closed for the foreseeable future. This time of year, live or cut bait will be the choice for grouper, but if the bite is slow, troll with lipped plugs to cover more areas of hard bottom.

We’re having more and more kayak traffic in our area, and it’s a natural place to fish from a kayak. There are multiple small primitive ramps that are perfect for kayak launching, from Cow Creek behind the Pepperfish Keys at the end of the Road to Nowhere; a primitive ramp at Sink Creek; a more accessible ramp at Rocky Creek; a great kayak ramp on Sandhill Road in the Jena Management area, all to the south. To the north, Dallus Creek and Hagen’s Cove are popular launch sites. Every one of these locations have good numbers of fish available with just a short paddle, and Dallus Creek is the standard winter hot spot for boats of all kinds. If you’re a kayak fisherman, Steinhatchee is an up-and-coming place to come visit. And remember, our Ship’s Store has all the supplies you could possibly need for inshore, offshore and kayak fishing from live bait, a wide selection of rods, reels and line, to scuba supplies and spearguns. Give us a call to get the details. 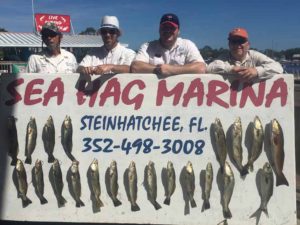 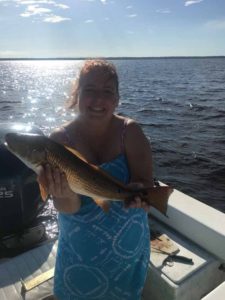 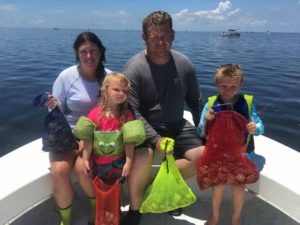 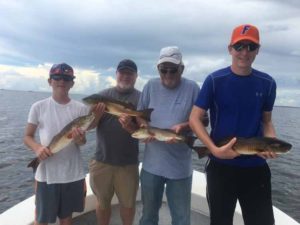 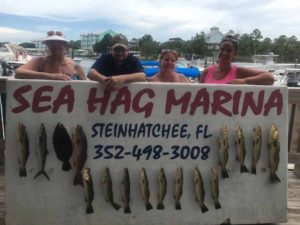